Mobile Testing: Meeting the needs of Female Sex Workers in the Gianyar Regency

On Saturday night (12 September), Yayasan Bali Peduli conducted a mobile clinic to provide HIV and STI testing in a kafe not far from the centre of Ubud.

According to Bali Peduli’s Chairperson, Lily Wardoyo, in Gianyar regency there are about 30 kafes (illegal night time cafés/bars/brothels) and more than 200 ‘unofficial’ sex workers.

Given the high-risk nature of the work, it is recommended that sex workers are tested for HIV every three months. However, it can often be difficult for them to visit a clinic due to the fact that they generally work irregular hours and many sex workers in Bali are often discriminated against by government health services, which leaves them discouraged to get tested.

Our mobile testing clinics in Gianyar Regency, are run by a team made up of members of Bali Peduli’s Outreach Team who provide education, information and counselling and nurses from our clinic in Ubud to do blood tests that screen for HIV and STIs.

The benefit of mobile testing is that we are able to offer services to female sex workers in their own environment which makes it less daunting and difficult for them, removing barriers to getting tested.

Another major benefit of mobile testing is that all of the women are able to get tested together. Female sex workers commonly tell our outreach team that having all their friends getting tested at the same time makes it much easier for them and that they would have been afraid to do it alone.

The power of numbers was evident during Saturday night’s mobile clinic where women who were afraid of the needles were encouraged by their friends and were able to get tested with the support of Bali Peduli’s outreach staff.

But the mobile testing clinics in Gianyar Regency aren’t only of benefit to female sex-workers.

Bali Peduli’s Chairperson Lily Wardoyo says, “It’s a fact that the clientele of the kafes often refuse to use condoms, and the sex providers don’t feel empowered to force their clientele to use them.”

“The problem is, the men who frequent these kafes then go home and infect their wives or girlfriends with STDs or HIV. Many of the cases we have found in Ubud, as opposed to the pattern in Kuta, have been those of infected women and children.”

The mobile clinics are therefore important to help sex workers to be informed about HIV risks and to help them to access important health services, but also in preventing the spread of HIV in the wider community in Bali. 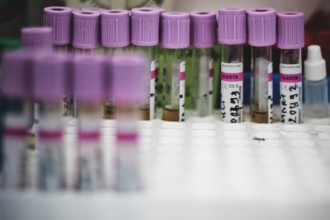 It is a common misconception that the only people at risk from HIV are those who engage in behaviors that are seen to be risky such as sex workers (or people who have multiple sexual partners in general) and intravenous drug users.

The trends that we are finding in the Gianyar Regency, with high numbers of women in monogamous relationships and children testing positive for HIV, indicates this simply isn’t the case.

It is important for everyone to know their HIV status, which is why Bali Peduli provides free and quick testing and encourages everyone to ‘get tested, get treated, and get on with your life.’

On Saturday night approximately 20 people were tested for HIV and STIs. As a result of the relationship built over time between Bali Peduli staff and Kafe owners and workers we will be able continue working with the female sex workers to help them protect themselves against HIV and STIs.

Given the success of mobile testing in meeting the needs of high-risk populations, Bali Peduli hopes to secure adequate funds to expand this program and make testing available to a wider range of people into the future.