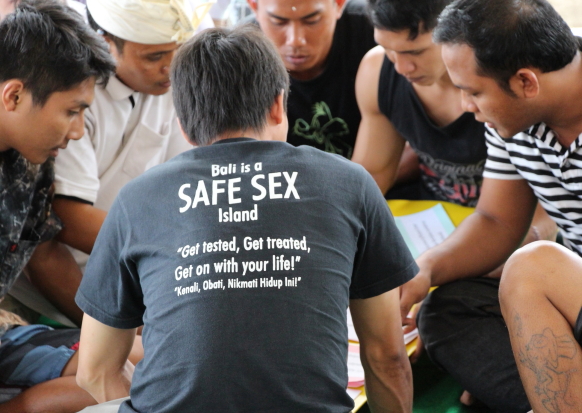 The YBP Education program aims to raise awareness for HIV and promote safe behaviours.  Our strategy involves zero-discrimination, as we believe that everybody regardless of their gender, orientation, economic or social status, should have access to health education and services.  Currently the program is focused on high-risk populations in the Kuta and Gianyar districts.  The program is coordinated by Cipto Aryo Panenang and works in collaboration with village leaders, employers and school principles; all of which have shown tremendous support for the initiative.  In 2013 the program reached approximately 3000 members of the Balinese community.  This year we expanded the program and as of June 2014, we have already run 32 education sessions.

The spread of HIV through the Indonesian prison system is a salient issue and one that requires intervention.  The World Health Organisation considers prisons and detention centres as high-risk environments for the transmission of HIV.  Lack of access to prevention measures and the prevalence of risk behaviours are two key issues.  Needle sharing between drug-users and unprotected sex are key behaviours that fuel the spread of HIV between inmates.  In 2010. 4.3% of inmates at Kerobakan, Bali’s largest prison, were HIV positive.  Hepatitis C and rates of syphilis are also higher within the prison that in the general public.

Gianyar is a fast growing district in Bali situated north of Denpasar and Kuta beach.  The Gianyar Distric Prison holds 83 inmates, which comprises of 78 men and 5 women who are kept in separate living quarters.  A total of 22 inmates have been incarcerated on drug related charges.  The prison staff provide inmates with information about HIV and STIs, however, the content is very basic and not well received.  Drug use and unprotected sex between inmates is common, two high-risk behaviours that increase the possibility of HIV and STI transmission. 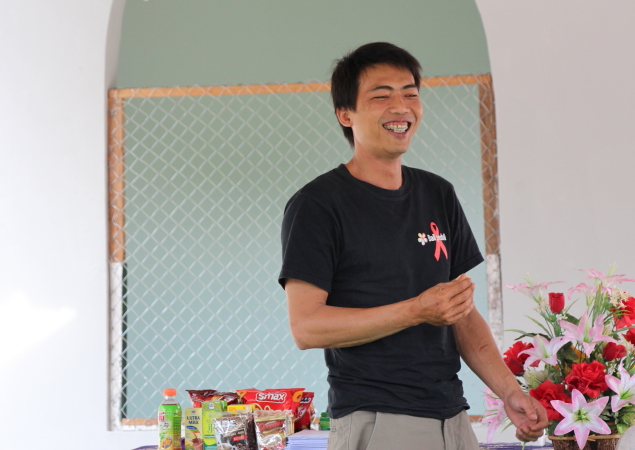 On the 12th of June 2014, the YBP Outreach Team visited the Gianyar Distric Prison to raise awareness for HIV and promote safe behaviours.  Over 90% of inmates attended the two hour education session, which involved presentations on various topics, group activities and demonstrations.  In addition, the session also included question time, which gave inmates an opportunity to openly discuss HIV and health related topics with the YBP team.  The proved to be beneficial in clarifying many misconceptions about the disease and help breakdown some of the negative stigma focused on PLWH.  Participants also received a small workbook that included information about HIV and preventative methods.  Many of the inmates asked about our testing services, as they were eager to find out their HIV status.  YBP is in the process of obtaining a permit that will allow us to set up a temporary mobile clinic inside the prison, were inmates can get tested for HIV/STIs and access treatment where necessary, all entirely free of charge. Please check the YBP Facebook page for further developments on this project.                                                           www.facebook.com/balipeduli